This is a very tiny contribution about the factors that caused the weakness of anarchism and the anarchist movement. Once we establish our weakness perhaps it wont be difficult to overcome our problems. This article covers only three of our weak areas. 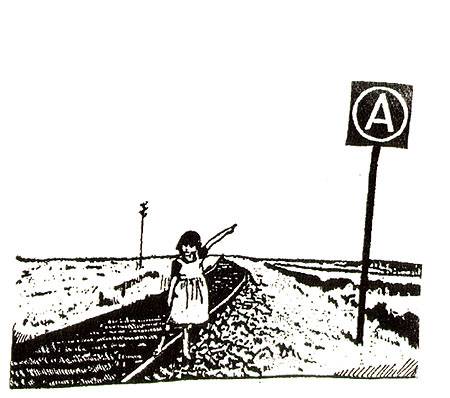 I am sure that many people have written about this subject before. However, this is one of the major questions where the more we write about it, the more clarification and explanation is needed.

To start, we need to ask a couple of questions: What kind of system do we live under? What does the system actually want?

We live under the most powerful and brutal system that recent history has seen, and it is a global system too. It does not miss any opportunity to strengthen and renew itself, anytime and anywhere. Neither the systems of feudalism and slavery had this strength, or a global reach, so they both remained local systems.

The capitalist system does not just create different laws and tools to maintain its survival, it manages to contain and control anything that has ever been built or made. Its tools are used to serve the system in one way or another, and if it cant co-opt an idea or movement, it can defuse and distort it easily through its mainstream media and social media.

Capitalism has developed all kinds of bodies, such as the parliamentary system, media, markets, political parties, spy networks, military, police, banks and other financial institutions, many hierarchical institutions, non-governmental organizations (NGOs), charities, businesses, nationalism, religion, media and sports. In addition, the state encourages useless demonstrations and protests to continue, although with much restriction: watching, photographing and monitoring the participants. In doing so, the state can at least benefit in a couple of ways: it knows that it is a good way for people to take out their anger and frustrations with no result. Through these demonstrations and protests, the state can discover the identities of these activists, leading them to be watched, monitored and put on a blacklist.

The capitalist system is not just an economic system, it is an entire system that includes all of these bodies I mentioned above. All of them serve the system in different ways, while also operating to reject any serious and effective ideas or activities which might undermine capitalism.

In short, the system uses its media to persuade people to do more shopping and to consume unnecessary goods through bombarding people with adverts, while also putting them in debt. It tries to convince people that this is the best and only type of life, and that exploitation, poverty, homelessness and unemployment have always existed throughout history.

This is the system we live under. It forces us to do whatever it wants and imposes on us whatever conditions suit itself.
Anarchism does not just totally reject all of these conditions and restrictions, it rejects the system itself that created all of these. Anarchism is the only real enemy of the system, and it struggles and fights it in different ways. The state, the politicians, and the liberal and neo-liberal economists all know this reality.

While the theories and strategies of anarchism, are very well known by the state, the majority of the general population does not recognise or understand what anarchism actually is. Those who are familiar with the idea find it strange and unworkable. They do not believe that society can be organised by the people themselves, nor do they believe that a classless and non-hierarchical society can be achieved.

People have difficulty understanding that its possible for them to run an entire society and make their own decisions for themselves. But this is not just possible, it has happened throughout history. People dont think that without managers and directors, they themselves could do all the work in every department:- from the NHS, to education, transport, construction work, agriculture, shops and supermarkets, municipalities, and other services in the society.

We are the people who create the capital and the capitalists in the first place, not the opposite. If you put all of the worlds billionaires in a house for a year, along with all of their money, they couldnt make a penny.

The politicians and media always remind us that its the rich who maintain society, creating work that brings prosperity to all of us, so we must be grateful to them. In fact, these bodies are hiding the truth from us that work and the workforce came first, and money and capitals came second. In other words, it is the work and the workforce that creates the wealth that maintains the state and capitalists. The history of human beings has shown that people have lived without the state and capitalism.

There is another factor as to why anarchism is not popular. We are not as active as we need to be. We are divided between ourselves, instead of having solidarity and support for one another, we criticise each other and write about each other. Although, we call ourselves the real fighters against the system, many of us have probably adapted a capitalist mentality, or are under great influences of it. We do not communicate often, even with our comrades. We are individualist, cutting ourselves off from our communities. We do not share our communities problems and we do not participate when they are fighting for their demands. We believe in mass or social revolution, yet we marginalise ourselves by staying in a corner, either doing nothing or very little, but still calling ourselves active anarchists.

This page can be viewed in
English Italiano Deutsch
http://www.anarkismo.net/article/31980
Anarkismo.net is a international anarchist-communist news service