A recording of a talk given by Alan MacSimoin

An overview of the important links and differences that exist between anarchism and marxism.

The speaker is Alan MacSimoin.

Alan MacSimoin has been active in the anarchist and trade union movements for over forty years. In 1984 he was one of the founders of the Workers Solidarity Movement, and was a member for the following twenty seven years. Among the struggles he participated in were campaigning against social partnership in the unions, winning the legalization of both contraception & divorce, fighting against household taxes, and stopping the nuclear plant in Wexford. He was one of the organisers of the big 1992 X-case demonstration in Dublin, when a 14 year old rape victim was ordered by the High Court not to leave Ireland in order to obtain an abortion. In recent years he has been involved in many more campaigns including the successful anti-water tax movement which help put a brake on the imposition of austerity in Ireland in the aftermath of the 2008 financial meltdown. He helped to set up the popular Stoneybatter & Smithfield Peoples History Project, and also administers the online Irish Anarchist History Archive. 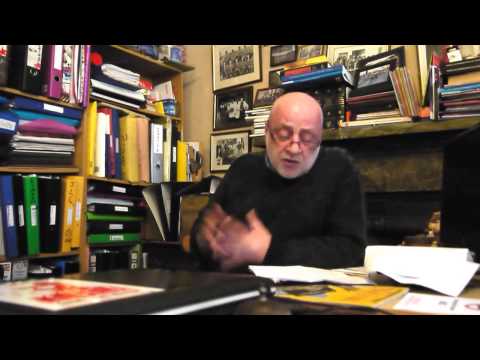 This page can be viewed in
English Italiano Deutsch
http://www.anarkismo.net/article/30797
Anarkismo.net is a international anarchist-communist news service