by John Fitzgerald - Campaign for the Abolition of Cruel Sports

Petitioning against the horrific cruelty of live hare coursing in Ireland 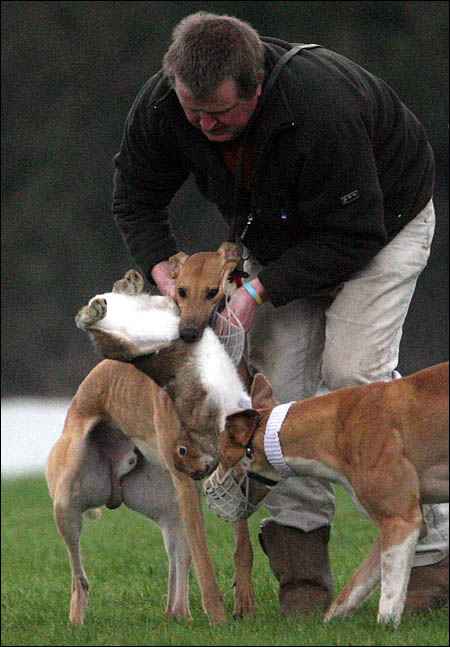 Campaign for the Abolition of Cruel Sports

Please sign this petition (it takes only a few seconds) seeking support for the upcoming Bill to ban the horribly cruel practice of live hare coursing in Ireland.

Hare coursing is a so-called "sport" in which hares (jack rabbits to Americans) are set up as bait for greyhounds to chase and terrorize. Many hares are killed or horribly injured each year as they are mauled or tossed about like rag dolls on the coursing fields. Some hares die within seconds of being struck by the fast moving dogs. Others die of agonizing internal injuries, such as bone breakages that cannot heal.

A member of Ireland's parliament, the Dail, will attempt in the coming months to have hare coursing banned.

We desperately need people to petition the government of Ireland, requesting its support for this Bill.

That's where this petition comes in. Each time a person signs it, an email immediately goes to the Taoiseach and Tanaiste (Prime Minister and Deputy Prime Minister of Ireland) requesting their support for the Bill.

(If the link doesn't work when you press on it, please try later. This sometimes happens) 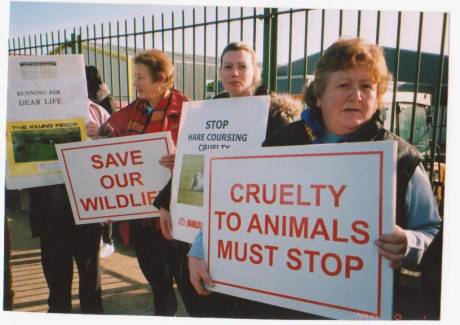 This page can be viewed in
English Italiano Deutsch
http://www.anarkismo.net/article/22478
Anarkismo.net is a international anarchist-communist news service