Murray Bookchin has passed away

BURLINGTON, Vt. -- Murray Bookchin, an early proponent of what he described as social ecology, died at home early Sunday at the age of 85. 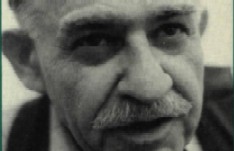 Murray Bookchin 1921-2006
BURLINGTON, Vt. -- Murray Bookchin, an early proponent of what he described as social ecology, died at home early Sunday at the age of 85.

He was surrounded by family when he died of heart failure at home, said his daughter, Debbie Bookchin.

Murray Bookchin long was a proponent of left-leaning libertarian ideas and was among the first people in the early 1960s to promote the then-emerging field of ecology into political debate.

He published "Our Synthetic Environment" under the pseudonym Lewis Herber in 1962 in which he called for alternative energy supplies among other environmental proposals. It was in that book, which predated by five months the better known work Rachel Carson "Silent Spring," that Bookchin introduced the notion of social ecology.

He argued that only a completely free and open society can resolve the problems that confronted the environment at that time.

Bookchin's views, often well ahead of their time, never got wide play because they were so closely linked to his leftist political thought.

Bookchin was born in New York City in 1921 of Russian immigrant parents. He joined the Communist youth organization at age 9, although he dropped out a number of years later, disillusioned at what he believed was the authoritarian nature of the movement.

He was a foundry worker and union organizer in New Jersey before joining the U.S. Army. In civilian life, he became an autoworker, but left the industry and its labor organization after the General Motors strike of 1946.

He eventually turned to his interest in the environment and writing, eventually publishing more than two dozen books ecology, history, politics, philosophy, and urban planning.

In Burlington, Bookchin was instrumental in helping to organize the Green Party. He also co-founded the Institute for Social Ecology in Plainfield in 1971.

This page can be viewed in
English Italiano Deutsch
http://www.anarkismo.net/article/3502
Anarkismo.net is a international anarchist-communist news service