Photographic Exhibition - A Decade Of Resistance: Images of Struggle 2002  2012 at Dublin Anarchi

Organisers of the Dublin Anarchist Bookfair have announced that the Bookfair, to be held this Saturday (26th May) in Liberty Hall, will include a major Photographic Exhibition entitled  A Decade Of Resistance: Images of Struggle 2002  2012. 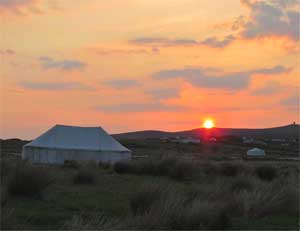 The exhibition will feature photographs by activists and photographers Andrew Flood, William Hederman, Aileen OCarroll and Paul Reynolds and, according to organisers documents an array of anti-capitalist, anti-war, pro-choice, environmental and other protests, starting with a mass trespass at Shannon Airport in October 2002 and ending with a Reclaim The Streets in Dublin in April 2012.

In the context of street protest, official history has often relied on images captured by photographers positioned behind police lines, or in some way mediating events from the perspective of authority. By contrast, the photographs in this exhibition record resistance from the viewpoint of the resister, said one of the photographers, Andrew Flood

The Dublin Anarchist Bookfair will also feature a number of film showings including;

Bernadette: notes on a political journey  a remarkable documentary, made over a nine year period, which charts the story of Bernadette Devlin McAliskeys political journey since her explosive entry into the public arena in the late sixties. This showing will be followed by a Q&A session with director Lelia Doolan
Eyewitness Afghanistan an outline of the current political situation in Afghanistanas told through interviews Farah Mokhtareizadeh conducted with Afghan politicians, artists, religious leaders, community organizers, journalists and activists between December 2010 and February 2012.
The Viking Way a documentary about Icelands 4 year journey from economic disaster to signs of recovery

and a large number of meetings, debates and discussions.

Over 20 anarchist organisations, libertarian bookservices and community campaigns will host bookstalls and information stalls at the event.

Full details of the Bookfair schedule can be found at http://www.wsm.ie/bookfair or on facebook at https://www.facebook.com/events/262814147141663/

Note:- the Dublin Anarchist Bookfair is organised by Workers Solidarity Movement (WSM), an Irish anarchist organisation with branches in Dublin, Cork and Galway and members in several other places around the country. WSM members are actively involved in many community and trade union campaigns.

For more information about the WSM visit our website www.wsm.ie

This page can be viewed in
English Italiano Deutsch
http://www.anarkismo.net/article/22943
Anarkismo.net is a international anarchist-communist news service