All new publications from Zabalaza Books for the month of January. 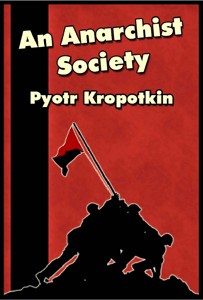 Marx's Economics for Anarchists: An Anarchist's Introduction to Marx's Critique of Political Economy

The world is facing upsetting upheavals, with aspects which are political, military, ecological, cultural, and even spiritual. Clearly this includes a deep economic crisis, overlapping with all other problems. We need to understand the nature of the economic crisis if we are to deal with it.

Of the theories about the economy, the two main schools are bourgeois, in the sense that they advocate capitalism. Both the conservative, monetarist, unrestricted-free-market school and the liberal/social democratic Keynesian school exist to justify capitalism and to advise the government how to manage the capitalist economy.

The transcripts of the 2006 meetings [of the governors of the Federal Reserve Board and the presidents of the 19 regional banks] clearly show some of the nations pre-eminent economic minds did not fully understand the basic mechanics of the economy that they were charged with sheparding. The problem was not a lack of information; it was a lack of comprehension, born in part of their deep confidence in economic forecasting models that turned out to be broken.

Posted in: Analysis and Critiques, Economics.

Witches, Midwives and Nurses: A History of Women Healers

Women have always been healers. They were the unlicensed doctors and anatomists of western history. They were abortionists, nurses and counsellors. They were pharmacists, cultivating healing herbs and exchanging the secrets of their uses. They were midwives, travelling from home to home and village to village. For centuries women were doctors without degrees, barred from books and lectures, learning from each other, and passing on experience from neighbour to neighbour and mother to daughter. They were called wise women by the people, witches or charlatans by the authorities. Medicine is part of our heritage as women, our history, our birthright.

Today, however, health care is the property of male professionals. Ninety-three percent of the doctors in the US are men; and almost all the top directors and administrators of health institutions. Women are still in the overall majority  70 percent of health workers are women  but we have been incorporated as workers into an industry where the bosses are men. We are no longer independent practitioners, known by our own names, for our own work. We are, for the most part, institutional fixtures, filling faceless job slots: clerk, dietary aide, technician, maid.

To know our history is to begin to see how to take up the struggle again!

PDF file size: 171 KB  [A] variety of considerations, historical, ethnological, and economic, have brought the Anarchists to conceive a society very different from what is considered as its ideal by the authoritarian political parties. The Anarchists conceive a society in which all the mutual relations of its members are regulated, not by laws, not by authorities, whether self-imposed or elected, but by mutual agreements between the members of that society and by a sum of social customs and habits  not petrified by law, routine, or superstition, but continually developing and continually readjusted, in accordance with the ever-growing requirements of a free life, stimulated by the progress of science, invention, and the steady growth of higher ideals.

No ruling authorities, then. No government of man by man; no crystallisation and immobility, but a continual evolution  such as we see in Nature. Free play for the individual, for the full development of his individual gifts  for his individualisation. In other words, no actions are imposed upon the individual by a fear of punishment; none is required from him by society, but those which receive his free acceptance. In a society of equals this would be quite sufficient for preventing those unsociable actions that might be harmful to other individuals and to society itself, and for favouring the steady moral growth of that society

This page can be viewed in
English Italiano Deutsch
http://www.anarkismo.net/article/21751
Anarkismo.net is a international anarchist-communist news service