It is in the interests of the working class for the imperialist occupation of Afghanistan to be defeated. This will not be achieved by the Taliban (and, indeed, would create its own problems if it was), but by the withdrawal of support for the war by the working class of the occupying countries and the spread of open opposition. [Italiano] 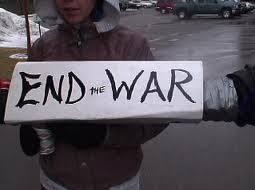 There is much more to the Wikileaks cables than their entertainment value, because the inner workings of capitalist diplomacy have been revealed. In the case of Afghanistan, what is revealed is the discrepancy between what the governments of the occupying powers say amongst themselves and what they say in public. In short, they tell the public lies.

For several years, knowledgable commentators and the occasional journalist of the capitalist press have spoken about the problems of the Afghan War. President Karzai is corrupt and duplicitous and his writ hardly runs further than Kabul. The regional governors are brutal warlords, drug dealers and reactionary ideologues whose major feature distinguishing themselves from the Taliban is their relative lack of discipline. The Afghan army is an illiterate rabble, riddled with Taliban sympathisers ready to desert once they are armed & trained. And the Afghan National Police are worse - an illiterate and cowardly rabble who go to water at the mere prospect of facing the Taliban.

These, of course, are the problems of the occupiers. The problems of the occupied are somewhat different. Apart from the violent and fanatical Taliban and the violent and repugnant warlords, they have to put up with an occupation force whose violence is an order of magnitude greater than anything the Taliban can perpetrate. Air strikes kill family members as well as Taliban militants - that is, if any of the dead are Taliban at all. Ignorant and oafish occupation soldiers rampage through homes, humiliating parents in front of their children. And trigger-happy sentries at road blocks kill hundreds of people, at least 80% of whom are later identified as non-combatants.

All the while, the governments of Australia, the US and the other powers occupying Afghanistan have kept to an up-beat series of public statements about the war. They're killing important Taliban leaders. They're clearing the Taliban from this province, or winning hearts and minds in that one. They're training the army &/or the police. And they're funding reconstruction efforts. There's no mention of the crimes either of the occupation or of the regime that they are propping up.

The Wikileaks cables, however, expose the lies. The governments of the US, Australia, etc aren't in possession of information justifiying a better story than told by the analysts back home. Rather, they're as pessimistic themselves as the pundits who get in the papers, but they keep going because they think it would court disaster to admit defeat. So they lie to the electorates to whom they are supposedly responsible, conjuring up victories and spinning an optimistic line they don't believe themselves.. And the deaths continue, adding to the over 2,000 dead of the occupying forces and the tens of thousands of Afghans killed by them.

The lies about Afghanistan are no mistake. Capitalist diplomacy and policy-making are permeated with them, because the acquiesence of the working class to imperialist war, austerity at home and the destruction of democratic rights could usually not be secured if the public statements of governments were always the unvarnished truth. The lie is an essential part of the armoury of the capitalist class and Wikileaks has performed a vital service by demonstrating just how widespread and systematic the dishonesty of States is.

The Afghan War is an imperialist one. The people of Afghanistan, who have never been successfully subjugated by a centralised State, have no intention of starting now, and certainly not to one run by a corrupt and duplicitous US puppet.

The occupying forces should just get out. No negotiations, no conditions, no residual bases - just pack up & go. Now. Certainly the people of Afghanistan would continue to face both the Taliban and Karzai's warlords, but at least their best-armed enemy would be gone.

It is in the interests of the working class for the imperialist occupation of Afghanistan to be defeated. This will not be achieved by the Taliban (and, indeed, would create its own problems if it was), but by the withdrawal of support for the war by the working class of the occupying countries and the spread of open opposition.

The United States, Australia and the other imperialist countries must be beaten by their own working classes. We must impress upon them that we won't fight their dirty wars.

US, AUSTRALIAN & ALL OCCUPING FORCES OUT OF AFGHANISTAN NOW!


This page can be viewed in
English Italiano Deutsch
http://www.anarkismo.net/article/18517
Anarkismo.net is a international anarchist-communist news service